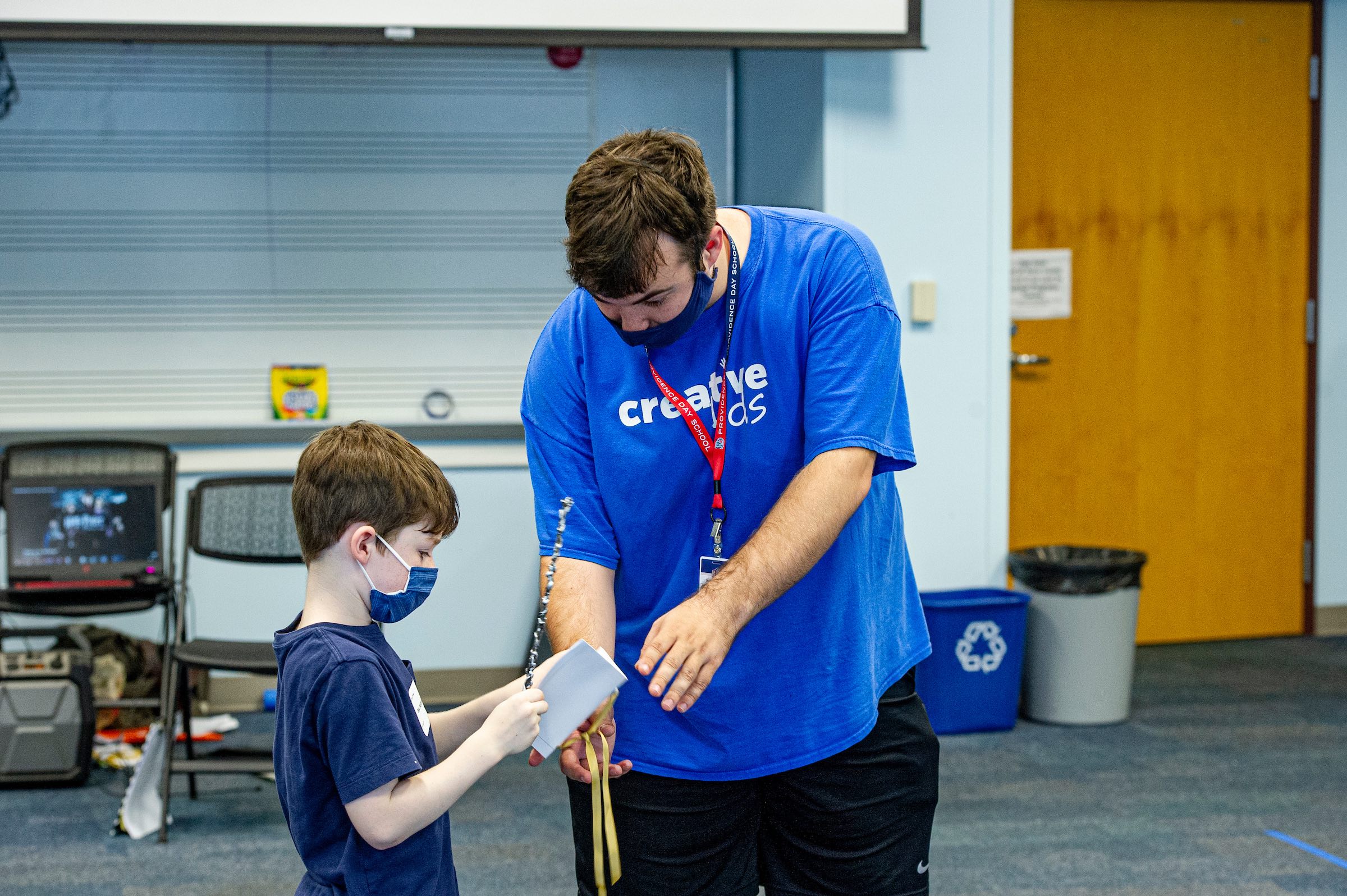 Are you a Muggle? If you can answer that question then you are ready for this exciting camp! From quidditch to Hogwarts jeopardy, live out Harry’s adventures all day, every day this week at the Hogwarts School, Diagon Alley and Hogsmeade. Meet us at Platform 9 ¾ or you’ll miss the train! According to Forbes, Harry Potter teaches far more than we could ever imagine….these quotes from the books say it all:

Campers will be divided into houses during camp each day. They will compete in house challenges, have fun playing trivia games, create projects, and use creative dramatic role play as they bring the world of Harry Potter to life.

CreativeKids has been a trusted camp partner of Providence Day Summer Programs since 1996. Owner and creative director Brooke Fulton has directed PDS’ annual Lower School musical since 2016. With a BFA in Theatre from Auburn University and an MFA from The University of Southern Mississippi, Ms. Fulton has been teaching theatre for 15 years and was a finalist for CMS Teacher of the Year in 2013. Her staff of artists, choreographers, and theater professionals bring the arts alive during the summer for campers of all ages.