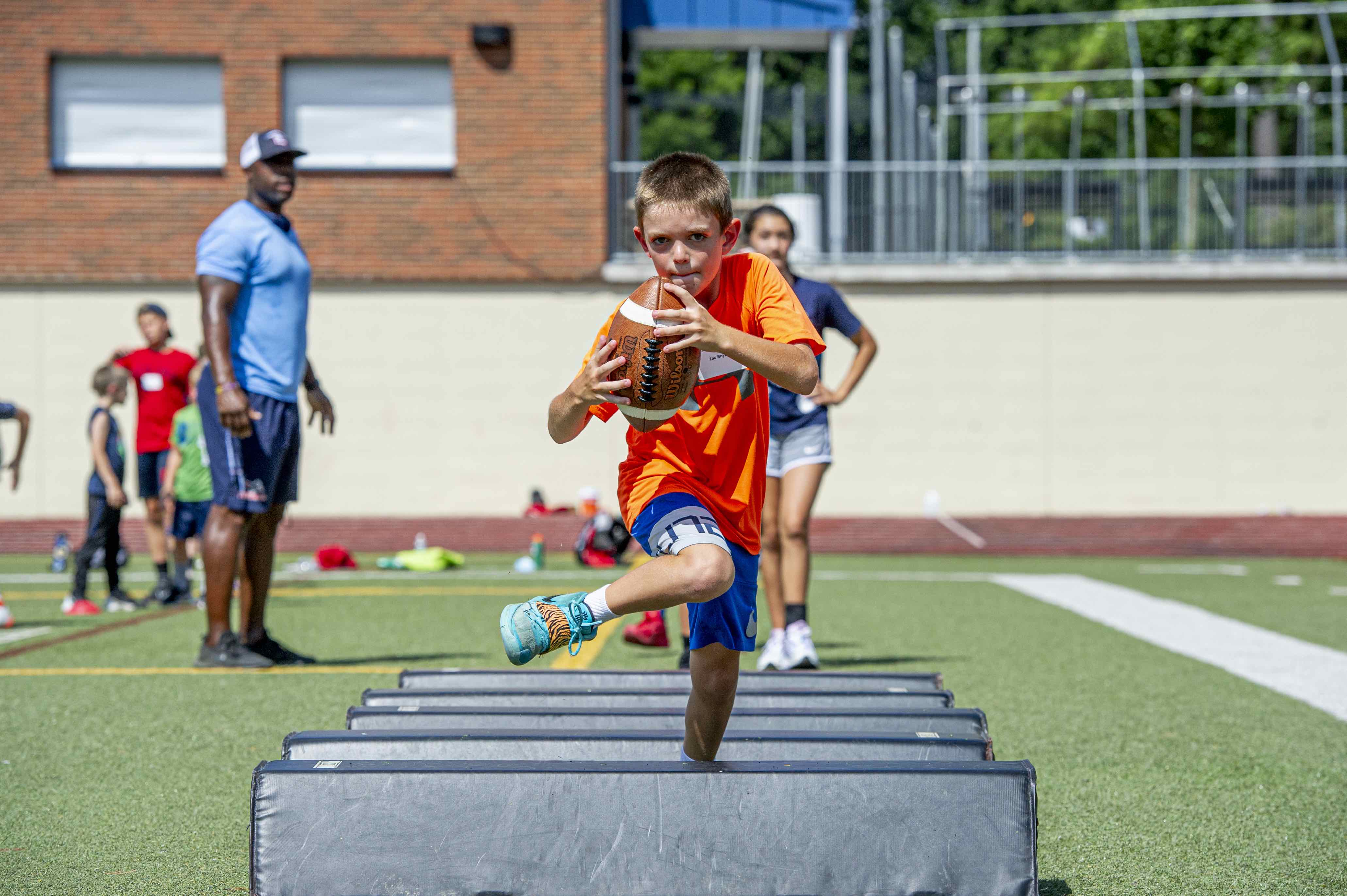 Are you ready for some football? Join us for the most football fun you’ll have this summer! Campers will learn tips and techniques from the PD coaching staff and players of Coach Chad Grier’s winning varsity football team. They’ll cover all concepts of the game including stance, starts, blocking, passing, receiving, punting, kicking, and snapping. All skill levels are welcome! Wear comfortable clothing and sneakers (bring cleats, if available), and bring a labeled water bottle.

Coach Chad Grier joined Providence Day School from Oceanside Collegiate Academy as football Program Head and Head Coach in 2020. In his first season at PD, he led the Chargers to the Big South 4A conference championship. He started his football coaching career in 1994 where he was quarterbacks’ coach for numerous camps including FCA, FBU, Wake Forest University, and the University of Georgia. In 2016 he was head coach of the Adidas Freshman All-American Bowl in Naples, Florida; the head coach in the 2017 US Army All-American Bowl in San Antonio, Texas; and the 2018 Carolina Bowl played at the University of North Carolina. His ability to develop student-athletes is best reflected in 52 of his players moving on to play at the collegiate level, many in the SEC, ACC, Big 12, Ivy League, and both the US Military Academy at West Point and the US Naval Academy at Annapolis.